Dementia is a cureless and progressive disease that affects the parts of the brain involved with memory, learning, language, and decision-making. It isn’t a specific disease but rather a group of conditions and symptoms that interfere with daily functioning. While some medications and therapies have been found to help manage symptoms, there is no sure way to prevent dementia. Learn more about the different dementia types, who they affect, and their symptoms.

Dementia often develops as a result of a physical or biological event in the body. For example, it may occur due to damage to the brain caused by a disease, such as Alzheimer’s disease or consecutive strokes. The symptoms dementia patients experience will depend on the type of dementia and the part of the brain that has been affected by damage or disease. The most common dementia types include:

Alzheimer’s is the most common type of dementia, affecting more than 3 million people annually. Like all varieties of dementia, Alzheimer’s disease is caused by the gradual death of brain cells. Over time, the size of the brain shrinks and the tissues lose valuable nerve cells and connections.

Age is the greatest risk factor for Alzheimer’s, affecting mainly individuals over 65. One in six people over age 80 have dementia, according to the Alzheimer’s Society. 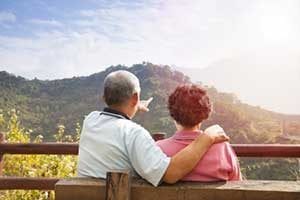 Parkinson’s disease generally affects adults over age 65. You are at an increased risk for this condition if you are male, have an existing cognitive impairment, show symptoms of motor impairment, or have been diagnosed with psychiatric symptoms related to Parkinson’s.

Vascular dementia is less common than other dementias with fewer than 200,000 cases per year. Adults with this condition commonly experience memory loss, cognitive difficulty, and problems with reasoning and judgement. While vascular dementia can occur for a variety of reasons, it most often occurs after a stroke blocks an artery in the brain.

Increasing age is the biggest risk factor for vascular dementia. You may also be at a higher risk if you have a history of heart attack or strokes or if you have high cholesterol, high blood pressure, smoke, are obese, or have diabetes.

Creutzfeldt-Jakob disease is a fatal degenerative brain disorder that resembles other dementia-like disorders, such as Alzheimer’s. This rare form of dementia is separated into three main categories: sporadic CJD which develops for no reason, hereditary CJD which is passed down by families, and acquired CJD which develops from contact with infected human tissues.

Creutzfeldt-Jakob disease is rare, affecting one in one million people each year worldwide. In the U.S., there are an estimated 300 cases annually. The disease usually occurs later in life and the onset of symptoms is usually rapid. Approximately 60 to 90 percent of individuals with the condition die within one year.

Dementia with Lewy bodies is a type of dementia with symptoms that mimic both Alzheimer’s and Parkinson’s disease. DLB accounts for approximately 10 to 15 percent of all dementia cases. The brain disorder is caused by Lewy bodies (abnormal deposits of alpha-synuclein proteins) built up in the areas of the brain responsible for cognition, behavior, and movement.

Few risk factors of DLB are known, but include advanced age and male sex. Researchers have not yet determined the specific causes of dementia with Lewy odies.

In a third of cases, frontotemporal degenerations are inherited. There are no other known risk factors at this time.

Wernicke-Korsakoff syndrome (WKS) is a chronic memory problem most commonly caused by the misuse of alcohol or severe deficiency of thiamine (vitamin B-1). WKS is currently the only distinct condition that causes alcohol-related dementia. Nutrition is often related to the development of the dementia. Areas of the brain may suffer damage due to vitamin deficiencies.

As dementia progresses, your loved one may have more difficulty completing seemingly simple activities of daily living (ADLs). Basic hygiene, eating, dressing, and even toileting may be neglected as cognitive abilities deteriorate. While signs and symptoms can greatly differ depending on dementia types, it’s important to find solutions so that your loved one has the care he or she needs to thrive. In-home care can bridge the gap for dementia sufferers who need assistance with ADLs. When well cared for in a safe home environment, dementia patients can live have their basic needs met while still living independently. 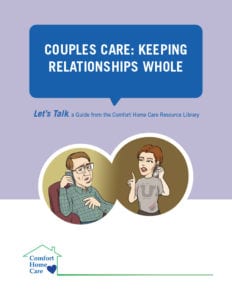 Selecting an in-home caregiver? Learn why couples care is an affordable solution for families. 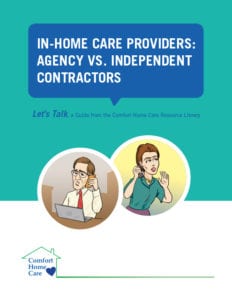 Selecting an in-home caregiver? Learn the basics before you choose!

Is it Time for In-Home Care 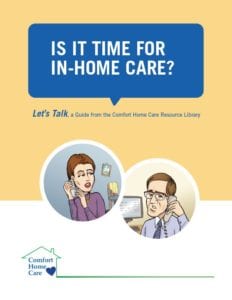 Coming Home From Rehab. Now what?

Need to know what to do after coming home from rehab? Read our guide "Coming Home From Rehab. Now what?"! 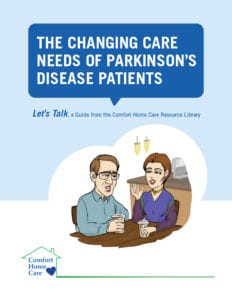 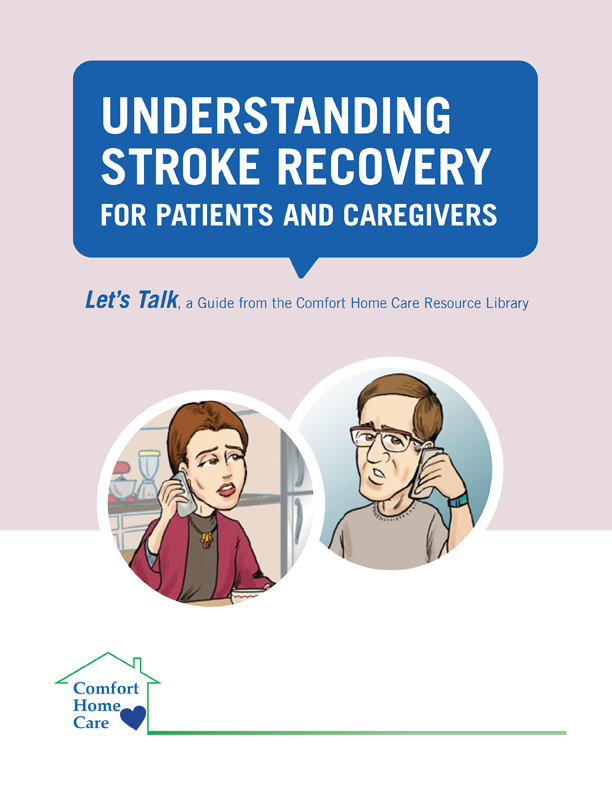 Need to know about the warning signs of strokes? Read our guide "Understanding Strokes and Recovery"!

During this period of uncertainty, we want you to know that we are here for you and your family!

Comfort Home care is an essential business and we will, therefore, be operating normal hours.

We take safety seriously and our professional caregivers will follow our strict protocols in addition to adhering with CDC, federal, state and local guidelines.